Exploring Havana Beyond the Guidebook

Havana is full of wonders. There are beautiful vintage cars wherever you look, and colourful colonial buildings line the streets of the city. However, there’s much more to Havana than the glamour of old Cadillac cars and grandiose facades. Every part of the city is packed with history and culture, from touristy Havana Vieja to downtown Vedado. Whilst many visitors head to Old Havana for the city’s popular must-see sites, there are plenty of ways to get off the beaten path in Havana and see a different side to the Cuban capital.

Explore Havana with these interesting historic facts AND exciting (but not-so-touristy) things to do in the city. 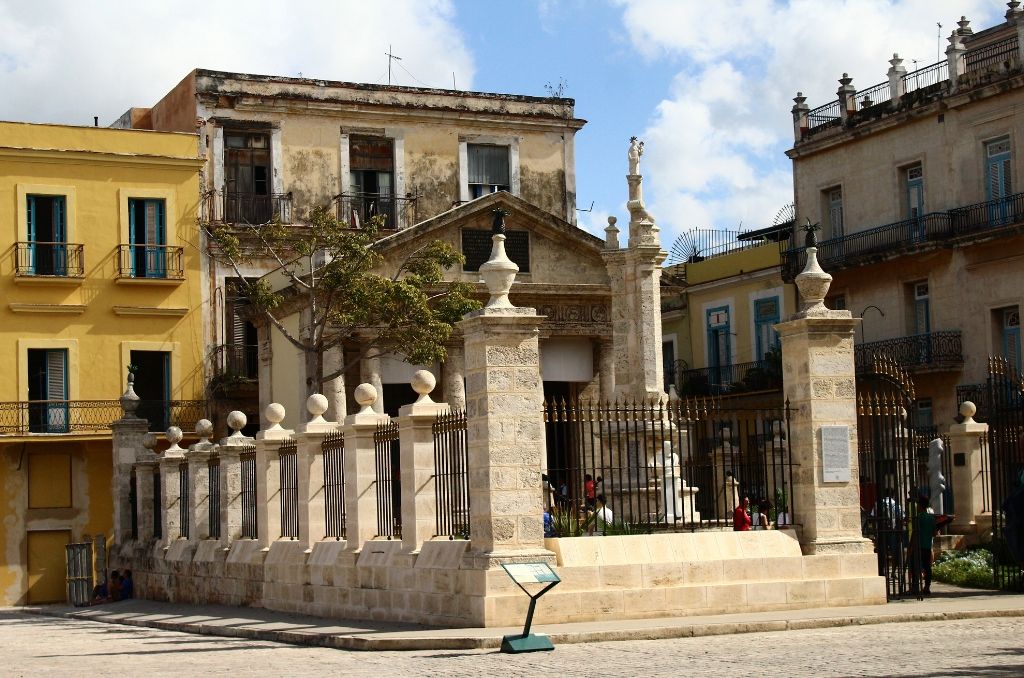 1. Havana celebrates its 500th anniversary in 2019. Founded in 1519, the city was originally called San Cristobal de la Habana. It was the third Cuban city founded by the Spanish colonisers after Baracoa and Santiago. It is believed that the first Catholic mass and town council meeting in Havana was held under a thick ceiba tree that until recently could still be seen in front of El Templete: a monument erected in 1828 to commemorate the founding of the city. The tree was removed in 2016.

2. Havana was briefly under British rule. The British captured Havana from the Spanish forces in 1762, at a time when many countries across the world were involved in a global war fought between the great European powers of that era (a period referred to as the Seven Years’ War). Less than a year later, the British handed Havana back to the Spanish. In exchange, Spain traded Florida to the British empire. 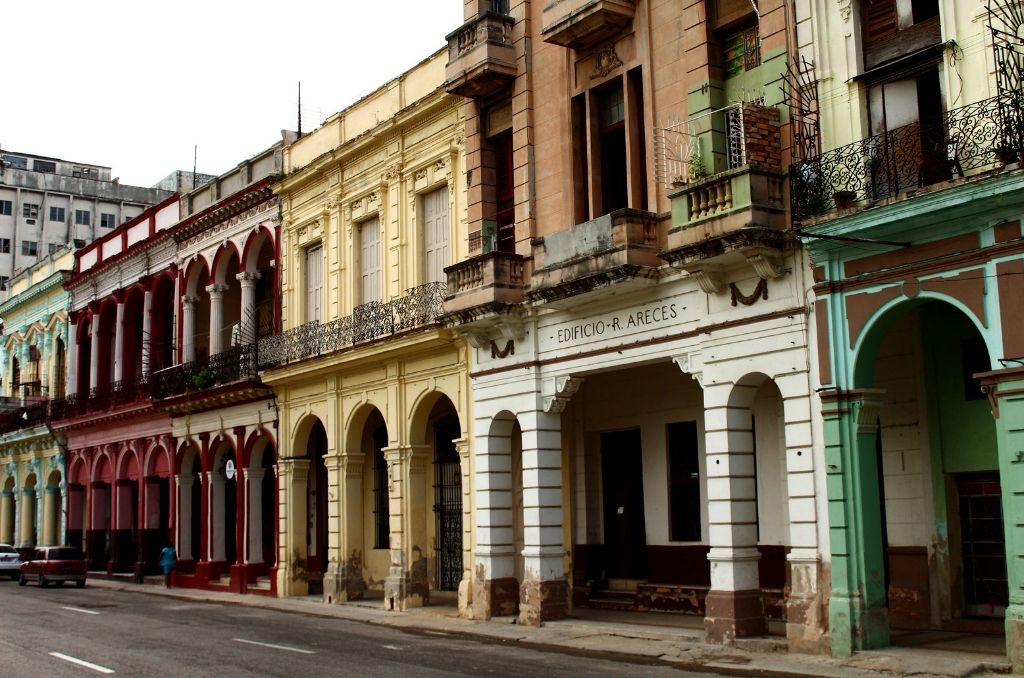 3. Havana is home to hundreds of beautiful colonial-era houses, many of which are propped up by imposing columns. This has earned it the nickname ‘Ciudad de la Columnas’ (the City of Columns). You can admire some of the best examples of colonial architecture while walking along Paseo del Prado and the Malecon.

4. One of the most interesting attractions in Havana is a life-size statue of John Lennon, which you can find in a park named after the former Beatles artist. The bronze sculpture of Lennon sitting on a bench was inaugurated by Fidel Castro in 2000 to commemorate 20 years since the artist’s death. It is interesting to note that following the Cuban Revolution in 1959, Castro had censored The Beatles music in the country. However, during the unveiling of Lennon’s statue, Castro declared that he shared Lennon’s dreams.

Lennon’s statue originally came with a pair of round-rimmed glasses, which were replaced several times after being stolen or vandalised. Nowadays, you can sometimes find a security guard sitting next to Lennon who puts the glasses on the statue for tourists to take photos. 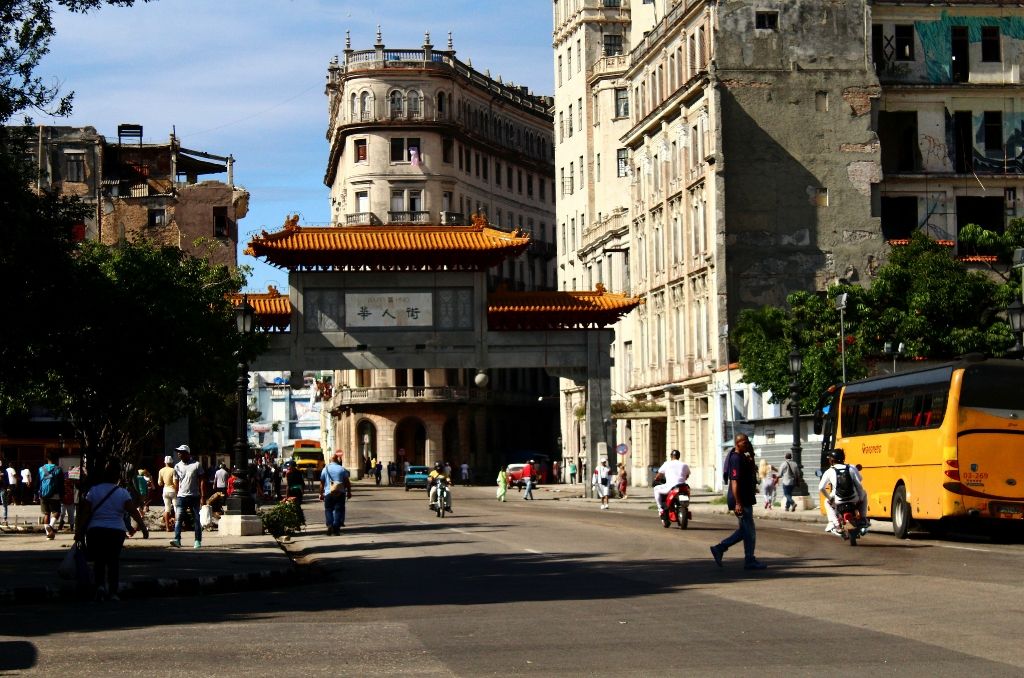 The entrance gate to Havana’s Chinatown. Photo by Daniela Frendo.

5. Havana’s Chinatown, or el barrio chino, is one of the oldest in Latin America. In the mid-19th century, hundreds of Chinese contract labourers were brought to Cuba to work on the sugar plantations. Later, many Chinese immigrants in the US moved to Cuba to escape discrimination. By the 20th century, Havana’s Chinatown had become home to several small businesses owned by the Chinese community. However, when Fidel Castro’s social government came to power, many Chinese businessmen fled to the US.

In the 1990s, the Cuban government tried to revive some interest in this historic neighbourhood. A pagoda-style arch was erected at the entrance of Chinatown and signs in Mandarin were put up in the streets. Nowadays, you can find a strip of Cantonese restaurants on Calle Cuchillo in the heart of Chinatown.

5 ways to get off the beaten path in Havana 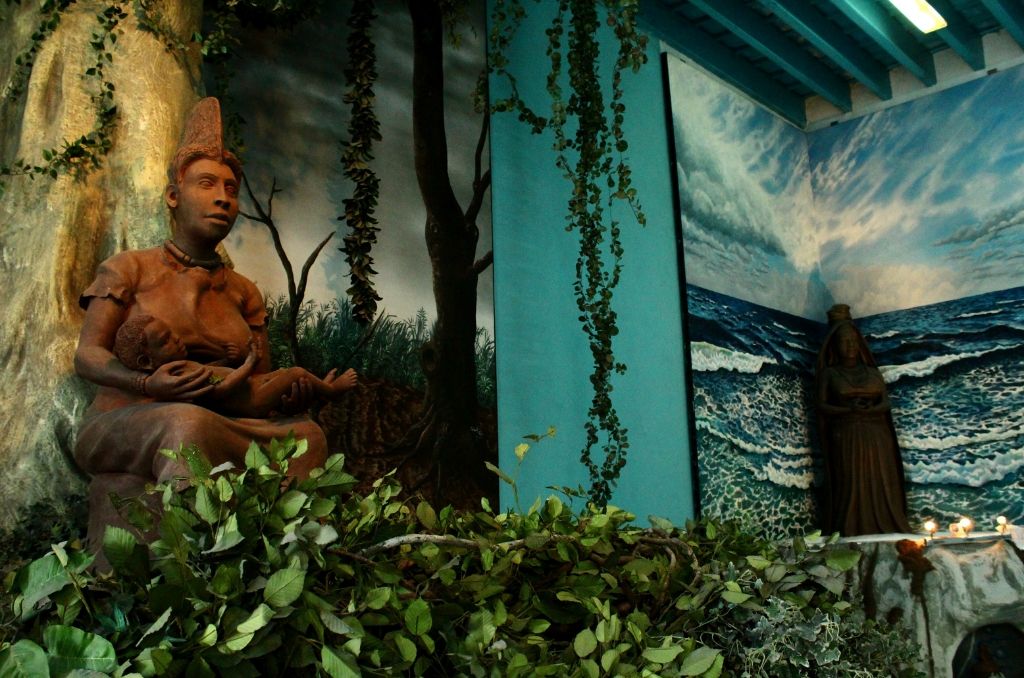 Museum of the Orishas. Photo by Daniela Frendo.

If you want to learn more about Cuba’s religious heritage, there are plenty of sacred sites to put on your Havana itinerary. Catholicism is the most popular religion in Cuba, as evident in the many churches found in the capital. While the Cathedral is one of Havana’s most popular attractions, you can find several other, lesser-known religious sites which are still worth a visit. These include Iglesia de la Merced, which boasts a lavish interior and a rich collection of paintings by Cuban artists, and St. Francis of Assisi Basilica, which is also used as a concert hall due to its remarkable acoustics.

One of the most interesting aspects of religion in Cuba is the syncretisation of Roman Catholicism (introduced in Cuba by the Spanish conquistadors) with the Yoruba religion that was practised by African slaves during the colonial era. A perfect example of this is Santeria, which is the largest Afro-Cuban religion in Cuba. While many Santeria rituals take place in private spaces, you can still explore this intriguing religion when in Havana. The Museum of the Orishas houses a collection of sculptures that represent the deities (orishas) from the Yoruba religion.

2. Cycle through the city’s urban neighbourhoods 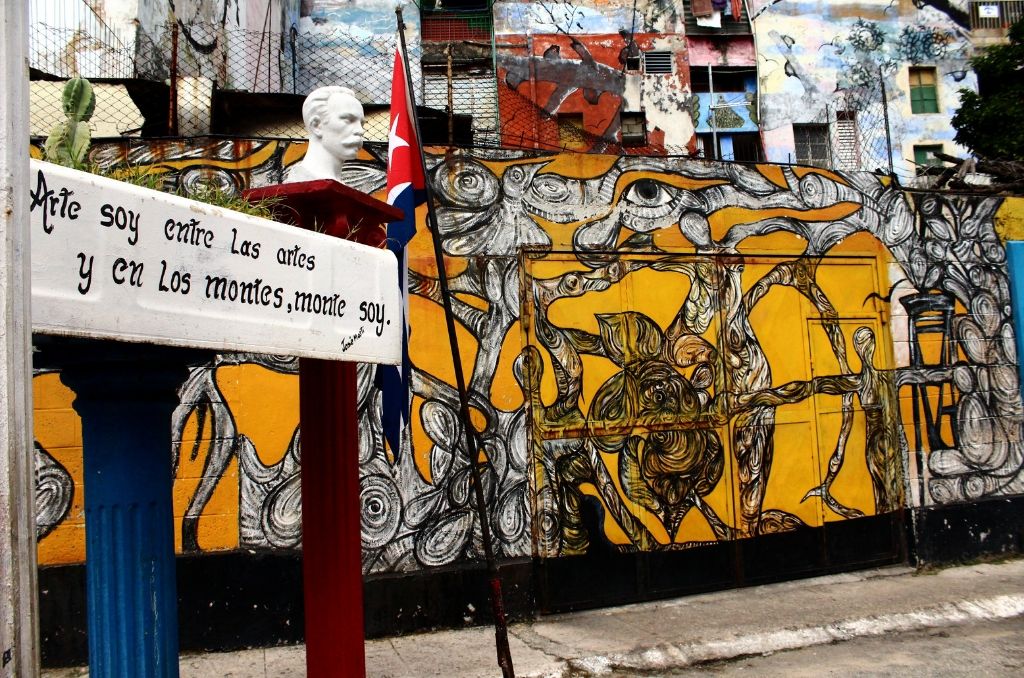 While riding a classic car is possibly the most popular thing to do when in Havana, there is a more interesting and unusual way of getting around the city. If you want to get off the beaten path in Havana, book a guided bike tour and explore the city’s urban neighbourhoods and the smaller streets and squares.

This is a great way to get a glimpse into urban Cuban lifestyle and to be able to stop at lesser-visited sites, such as the Cristobal Colon cemetery (the biggest cemetery in Latin American), and Callejon de Hamel, which is a small alley decorated with colourful street murals and artwork by Cuban artist Salvador González. Callejon de Hamel is also a hub of Afro-Cuban cultures and on some days you can find rumba musicians and dancers performing in the street.

Tip: End your biking trip along the seafront Malecon to enjoy the stunning sunset over Havana.

3. Delve into the history of Cuban architecture 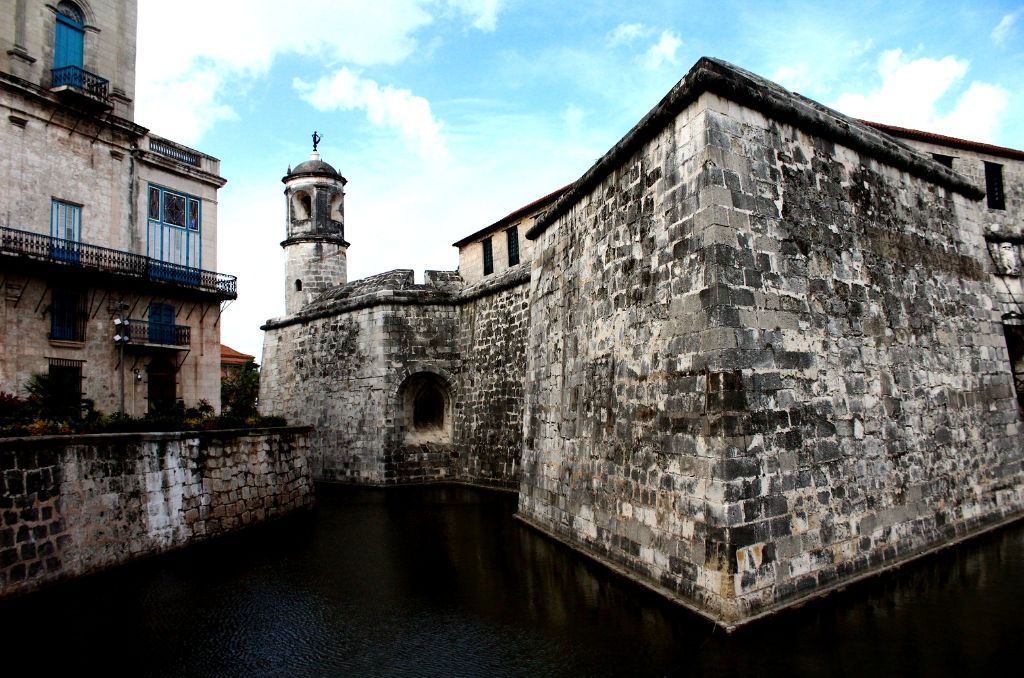 Taking an architecture tour of Havana is a must if you are a history buff, have a passion for architecture, or just enjoy taking photos. Havana is dotted with architectural gems, from the colonial buildings along Plaza Vieja and the Malecon, to post-modern residential blocks and art deco buildings dotted around the city, and the impressive mansions in the neighbourhoods of Vedado and Miramar. Learn about the significance of different architecture styles in Old Havana, get an insight into modern city planning in the urban area of Vedado, and revisit Havana’s glamorous past in the upscale neighbourhood of Miramar. 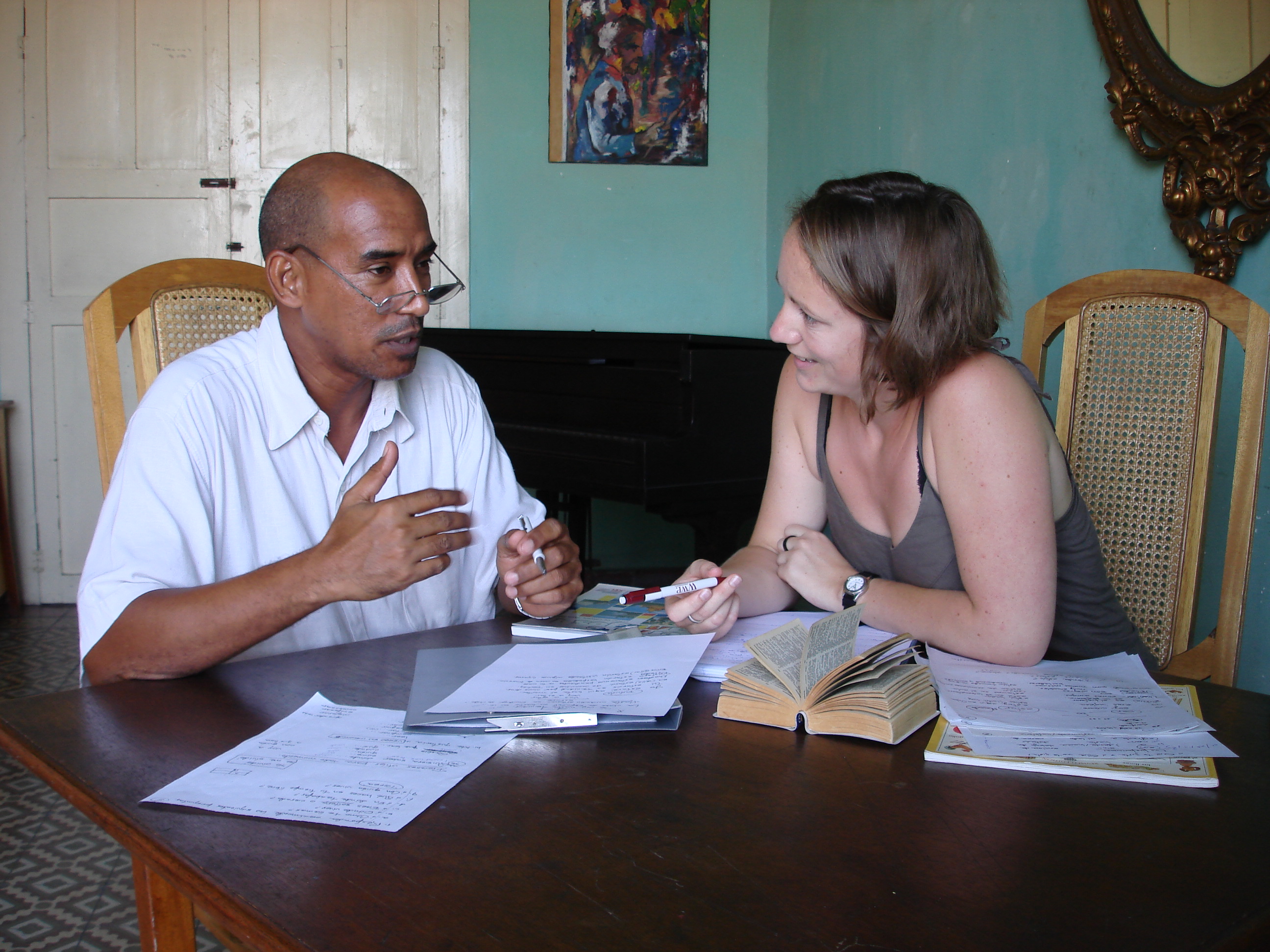 A Spanish class in Havana.

For an amazing Havana experience that goes beyond sight-seeing and downing cocktails by the pool, book a Spanish language course. Whether you want to learn the basics or brush up on your Spanish, taking a language course helps you engage better with locals on your trip through Cuba.  Even a little bit of Spanish goes a long way.  You can even choose to focus on a particular topic or language skill, such as conversation, and participate in social activities organised by the school. 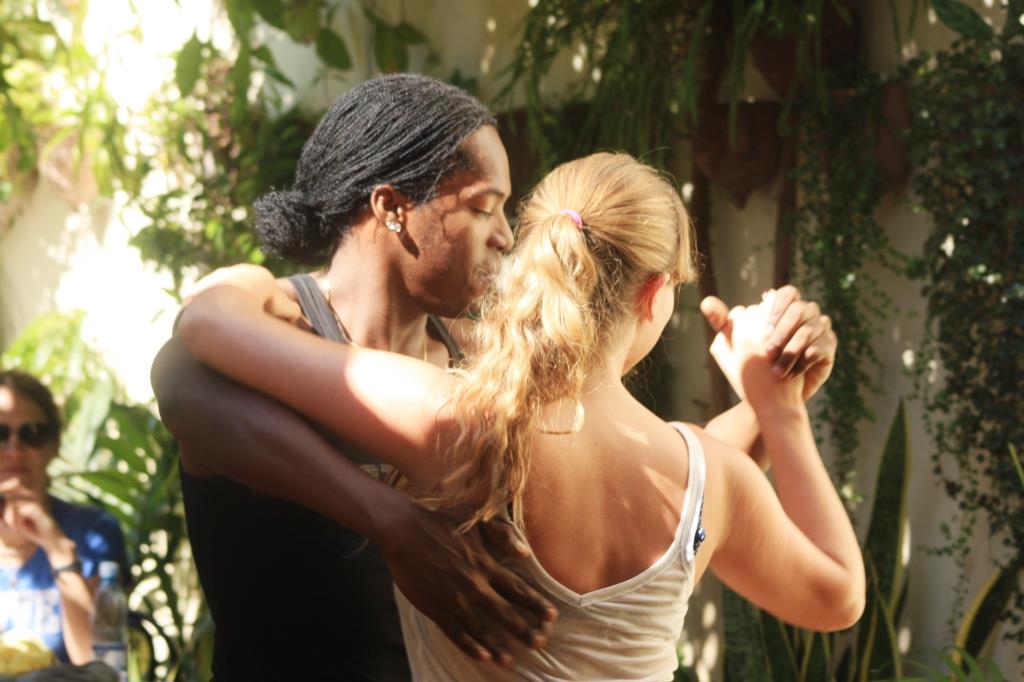 A dance class in Havana. Photo courtesy of Estelle McCartney

Taking dance and music classes is a great way to immerse yourself in Cuban culture whilst in Havana. There are many Cuban and Caribbean dance styles that you can try, including salsa, rumba, merengue and bachata.  Dance classes in Havana are taught by professional Cuban dancers, who will help you master the basics of Cuban dance and practise your dance skills at live music venues in Havana.

Not exactly a fan of dancing? You can still enjoy the beats and rhythm of Cuban music by taking percussion classes. Drumming is at the heart of many Cuban music genres, including rumba and son, and you can learn the basic Cuban rhythms and drumming techniques under the tutelage of experienced Cuban musicians.

Want to explore Havana beyond the guidebook? We offer a variety of themed tours which help you experience a lesser-known side to Havana. These include architecture tours, religion tours and bike tours. We also offer dance, music and language courses in Havana, suitable for all levels and available all year round.

Check out our full list of Havana experiences, or send us an email on info@caledoniaworldwide.com for more information.