The Best Festivals in Cuba 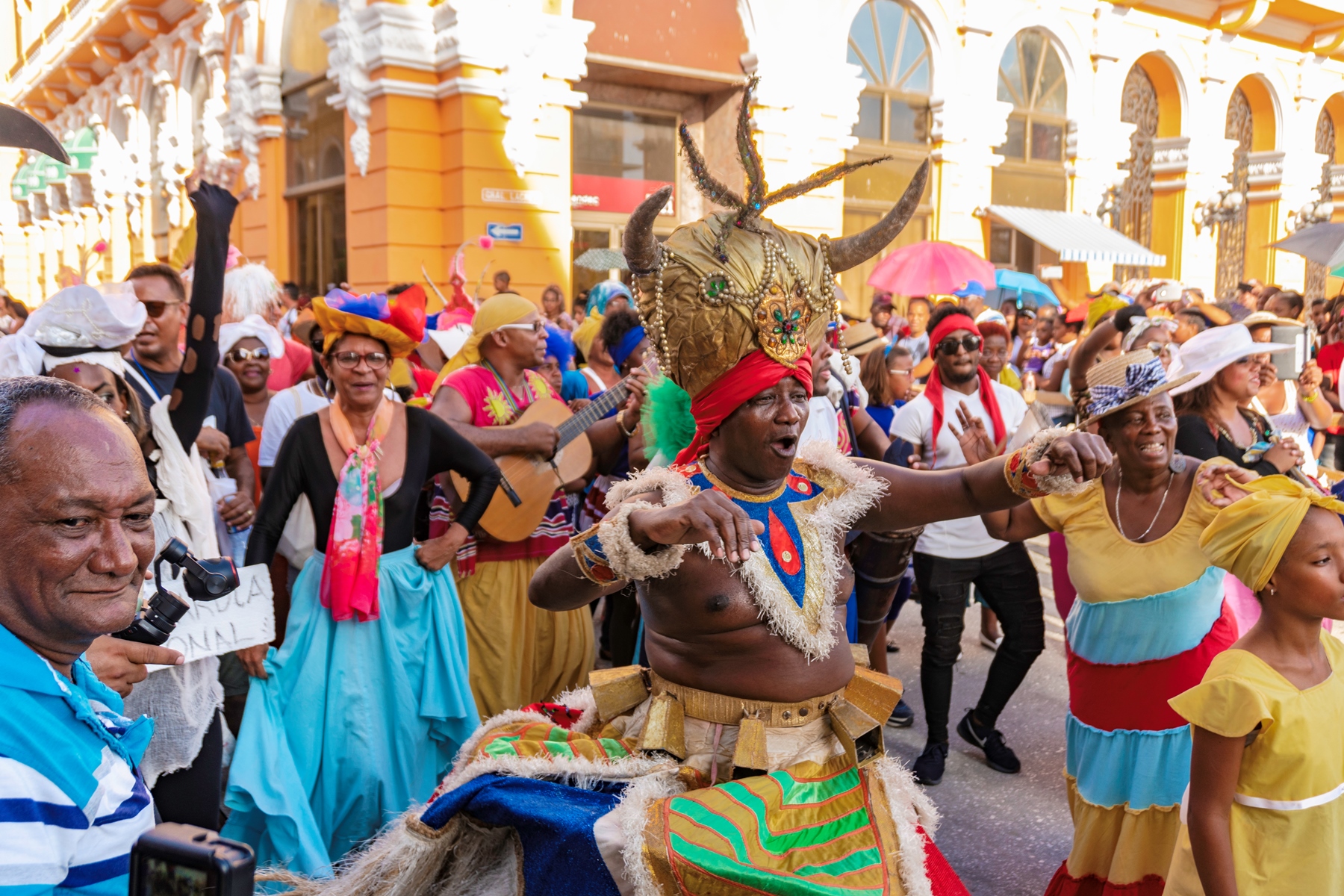 Cuba’s two largest cities, Havana and Santiago de Cuba, are always bustling with activity. Both cities act as hubs of Cuban culture, hosting several music shows, art exhibitions and other cultural events throughout the year. If you’re into Cuban dance and music then visiting Havana and Santiago de Cuba is a must. Here are some of the best festivals in Cuba based in these two cities.

If you’re a fan of jazz, make sure not to miss this popular music festival when travelling to Cuba in January. Havana’s International Jazz Festival attracts musicians and singers from around the world and is renowned for its excellent live performances, held at various venues across the city.

This cultural event takes place every two years and brings together artists from various Caribbean and Latin American countries. Havana Biennial is a large exhibition of contemporary art, with the aim of promoting creativity and innovation. Art displays and artistic performances take place in various museums and galleries in Havana. Attending the Havana Biennial is great way to learn more about Latin American art and culture.

Planning a trip to Cuba in December? If you’re a film aficionado, check out the Havana Film Festival which showcases a variety of Latin American film productions. This is a great opportunity to watch a unique film in one of Havana’s classic cinema theatres, whilst also brushing up on your Spanish!

Love Cuban music? Havana’s CubaDisco, which takes place in May, celebrates the rich diversity of Cuban music, from traditional genres like son cubano and trova to contemporary music, including rap and electronic. It is one of the most important music events in Cuba, acting as a platform for emerging talent in the country. Live shows are held in different venues across Havana.

While walking through the streets of Havana, you will likely come across people promoting a cigar festival. However, this is often a scam meant to trick tourists into buying low-quality cigars. The real Cuban Festival takes place every year during the last week of February and brings together cigar professionals and enthusiasts from across the globe. The festival is a mix of events, including cigar tasting sessions and tobacco plantation tours.

Cuba’s ballet schools are among the best in the world. You can watch some of the country’s fantastic dancers, as well as international ballet dancers, during the Havana Ballet Festival which is held every two years. The shows are held in the Grand Theatre of Havana, Karl Marx Theatre and other places in the Cuban capital. Created in the 1960s, Havana’s ballet festival is one of the oldest of its kind in the world and is widely considered to be one of the best festivals in Cuba.

Named after a local composer, this festival celebrates one of Cuba’s most intriguing music genres: trova. Traditionally, trovadores (troubadours) made a living from singing and playing the guitar. Trova gradually became a popular Cuban music genre, especially in the city of Santiago de Cuba. During the trova festival, you can watch local and international trova artists playing in the city’s theatres and streets. If you play music and would like to participate, find out more about the Cuba Music Holiday in March 2020.

Santiago de Cuba’s choir festival takes place every second year at the end of October. Cuban and international choirs grace the city’s music venues with beautiful singing. Vocal workshops are offered throughout the week and the festival ends with a torchlight procession, with all the choirs  singing through the streets of Santiago. Find out how you can be involved by reading more about the International Choir Festival.

The best time to visit Santiago de Cuba is during the Festival del Caribe (also known as Festival del Fuego). This colourful event is a celebration of all things Caribbean – music, dancing and art. Held in early July, the festival showcases the cultural diversity of Caribbean countries through a variety of performances and exhibitions, with a different guest country featuring each year.

While carnival is celebrated in various cities across Cuba, the carnival of Santiago de Cuba is the largest and most popular in the country. What makes the city’s carnival celebrations stand out are its Afro-Cuban elements, especially the presence of music genres like son and rumba. Musical groups and dancers in flamboyant costumes parade through the streets of Santiago de Cuba (these street performances are known as comparsas). Visiting Santiago during the carnival celebrations (late July) is a great way to experience local culture.

Santiago de Cuba is the home of son: a unique music genre that originated in the 19th century and features a mix of Spanish and Afro-Cuban elements. Bands that play son music use a variety of instruments, including a tres guitar, claves, and bongos, while the singers are known as soneros. During the annual Matamoros Son Festival (named after a popular sonero, Miguel Matamoros), you can watch live shows by some of the best son artists in Cuba. The festival is usually held each October, with concerts in various atmospheric venues in Santiago, including squares, parks and traditional music venues.

If you would love to visit Cuba and experience any of these festivals, let us put together an unforgettable trip for you.
Get in touch with us on info@caledoniaworldwide.com or 0131 621 7721 to discuss your trip further.